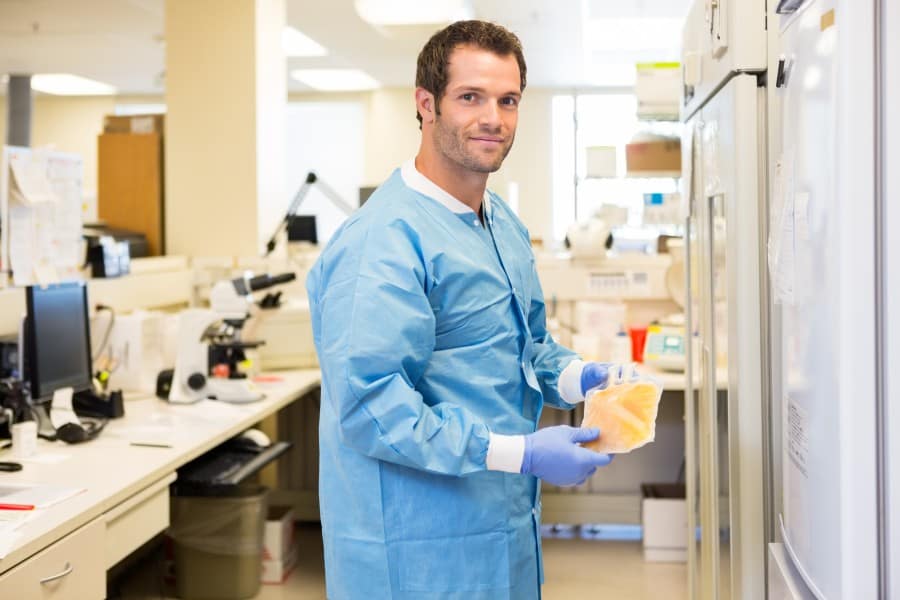 Ancestry​.com is talking to the FDA about using DNA to estimate people's risk of disease. CEO Tim Sullivan says Ancestry's genomic database is bigger than that of 23andMe. The amateur genealogy company is seeking permission to use its DNA kit to tell people about everything from their disease risk and genetic carrier status, to how well their bodies might react to a specific drug.

Ancestry is in the "very early stages of a conversation with the FDA," Ancestry CEO Tim Sullivan told The Verge. "We think it's totally appropriate that the FDA has stepped in to pretty aggressively regulate direct-​to-​consumer genetic tests åÊÛÓ and we're just starting from that perspective, and trying to work very closely with them."

"Ancestry's health push is fairly recent," Arielle Duhaime-​Ross writes in The Verge. "Before this summer, the company's primary focus was to help users learn more about their family. The company's $99 DNA kit is part of that mission; people who send in their saliva for genomic analysis can learn about their ethnic origins, ancestors, and relatives."

"In July, the company struck a deal that gave the Google-​incubatedåÊCalico ÛÓ a medical research company that wants toåÊ"solve" the diseases of aging ÛÓ the ability to look for markers of human longevity in its anonymized genetic database. It also released a new product designed to help people trace health conditions in their family."

"Scientists are only just beginning to decipher how human DNA affects a person's risk of developing a disease ÛÓ but that hasn't stopped some companies from trying to cash in on the science's promise. WhenåÊthe NewåÊYork Times compared results from three direct-​to-​consumer genetic tests two years ago, the author of the piece,åÊKira Peikoff, noted that "the discrepancies wereåÊstriking."

"One test showed that Peikoff was most at risk foråÊpsoriasis and rheumatoid arthritis, whereas another claimed the exactåÊopposite. In another instance, two tests agreed that Peikoff's risk for coronary heart disease was close to average, but the third claimed her risk was higher than normal.åÊGenes only account for a portion of a person's disease risk (environment and other biological factors play a role, too) ÛÓ and these tests showed quite clearly how little their manufacturers understood even that small amount."

"One of Ancestry's competitors, 23andMe, was among the companies included in the article. For years, 23andMe sold and advertised a DNA kit that the company claimed could tell people if they were at a higher or lower risk of developing a disease. But in 2013, the FDA ordered it toåÊhalt the sale of its DNA kit because the genetics company had failed to demonstrate the validity of its product," Duhaime-​Ross writes.

"Even without the health angle, Ancestry's DNA kits have proven popular. In 2012, when the companyåÊlaunched AncestryDNA, the company mostly sold the kits to its existing customers. Today, over 70% of people who buy the kits aren't existing subscribers at the time of the purchase, Sullivan says. But that's not all; according to Sullivan, Ancestry has now managed to collect DNA from more people than 23andMe, which started selling DNA kits in 2007. "We're confident that we now have the largest [genetic] database," Sullivan says.

Couples wanting to start families might jump at the chance to see if their genetics are worthy of continuing the blood lines. The risks for disablities and hereditary diseases can play into a couple's decision to have children, so learn a bit more about Family Starters from AudienceSCAN's research. 4.4% of adults set personal goals to get pregnant/​start a family in the next 12 months. 51% of them are aged 25–34. And 41% live in metropolitan locales. Family Starters are 93% more likely than average to have purchased a product advertised in an infomercial in the past 6 months. They think the best source for health/​medical information is the TV (14%).