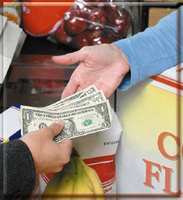 Several major chains are battling for their market share of the value shopper this fall. Earlier this year, Dollar Tree offered to purchase Family Dollar. These chains operate thousands of stores in a crowded market space. This proposed buyout didn’t go unnoticed by Dollar General which also started bidding for Dollar Tree. Why is this sector so active? And who shops at these stores? Eric Chemi offered his theories in a nice post on Businessweek last month.

Chemi presented Cardlytics data that shows differences between dollar store shoppers. These differences explain why Dollar Tree is interested in the Family Dollar shopper base.  Dollar Tree currently targets consumers who are seeking to pay only $1 for any item they pick up in the store. Meanwhile Family Dollar and Dollar General appeal to a slightly different audience. These shoppers are looking for value but Chemi notes that they are as likely to shop at WalMart as they are to go to Dollar General or Family Dollar.

In fact, some of Dollar Tree’s shoppers are visiting more upscale establishments at fairly high rates. About 16% of these consumers shop at Whole Foods, 25% go to Barnes & Noble and 36% visit Panera Bread. On the other hand, fewer Dollar Tree shoppers go to McDonald’s, Burger King or Pizza Hut than Dollar General and Family Dollar shoppers. What are we to make of these figures. Chemi says it’s likely that Dollar Tree appeals to some upscale consumers who are stopping in to buy specific disposable and cheap items like party supplies.

According to AudienceSCAN, at least 10% of consumers who call themselves price-​conscious shoppers have annual income of between $100,000 and $150,000.  About 20% of price-​conscious consumers say they’ve bought or sold an item in a pawn shop in the past year, a rate that is 48% higher than average. And, half of this audience went shopping on Black Friday last  year, an indication of their eagerness to buy products at great prices.  These audience members, in general, are far more likely than average to say that advertising of all types – TV, newspaper, social, radio and direct mail – has influenced them to take action in the past 30 days. Marketers should remember that value shoppers, even those who patronize dollar stores, are not always lower-​income, and they should craft their messages accordingly.