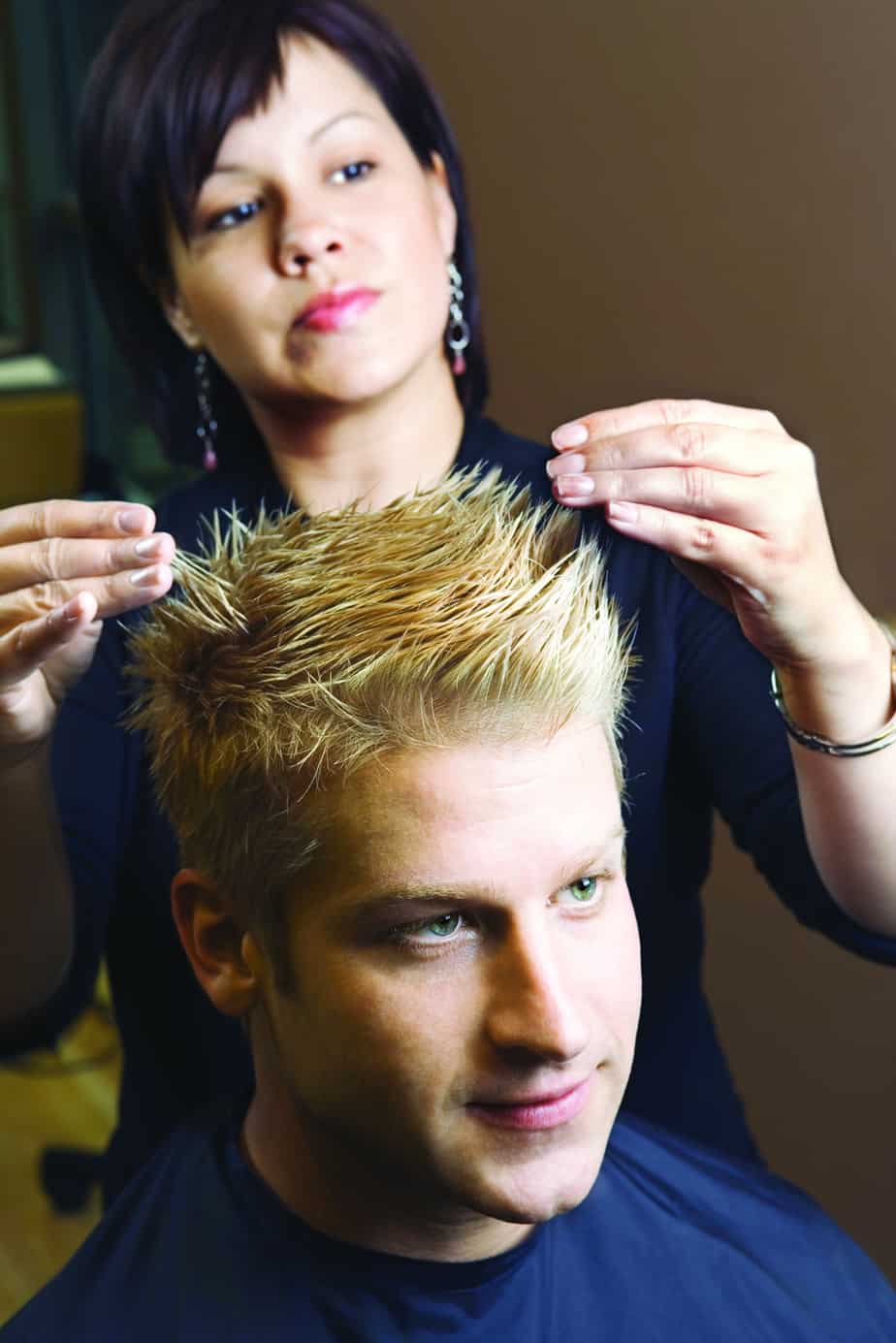 Hairstyles make the man — at least in today's business world. A survey from Wahl Clipper shows that today's businessman fares better with a traditional hairstyle. The right style helps candidates land job interviews and contributes to success in high-​profile, high-​salary careers in fields such as medicine and law.

While it is widely known that appearance is important in the workplace, the Wahl Clipper study suggests the secret to success is more than just a new suit. The research, which was performed by the Opinion Research Corporation, reveals that those looking for an edge in their career may want to check their head, more specifically the hair on it.

How vital is hair to career success? According to the survey of more than 2,000 adults nationwide, 82 percent believe getting a haircut before the big job interview is important. To understand which men's hairstyles perform best on the job, respondents were asked to weigh in on five of today's most popular looks. The results are in and the best performers share clean cut lines with room to grow a little personality on top.

Best Hairstyle for Getting Paid
The side part, a classic and versatile look, is not only today's most popular styles among guys in their 20s and 30s; it's also the most financially successful. According to the research, men sporting the side part are more likely to have an annual salary of $100,000 or more – more than 35 percent more likely than any other hairstyle. And for good reason—six in 10 people most associated this style with being professional and it is also perceived as trustworthy, confident, organized and capable of leadership. Additionally, the side part was most associated with high-​profile industries such as finance, law and medicine.

Best Hairstyles for Landing the Job
While the side part proved best for guys climbing the corporate ladder, those looking to get their foot in the door and convert interviews to offers are better served to go with either the easy cut—shorter all-around—or the peaked cut, which is shorter on the sides and longer and spikier on top. Both styles performed the best for landing the job, as 60 percent of those looking for new employment over the past two years and successfully found it were sporting one of these two looks. These styles do, however, come with a caveat, or in this case, a hair ceiling. According to the study, 90 percent of guys sporting the crew cut and the peaked hairstyles make less than $100,000. This would suggest that those looking to advance in their careers might want to consider a hair exit strategy.

Hairstyle to keep in College
The least effective hairstyle for job seekers and those striving for a higher income is the beach cut. This longer, easy-​breezy style is one of the top hairstyles among college students. While this look shows promise in the entertainment industry, generally speaking it made no remarkable strides in converting interviews to offers or advancing professionally (10 percent). The beach look's inability to seal the deal could be attributed to the fact that 60 percent of people consider it to be unprofessional. Furthermore, 65 percent of men sporting this hairstyle earn less than $50,000 per year.

"Hair matters, and as the world's leading manufacturer of hair clippers, we take pride in not only providing guys with the tools they need to make the cut, but also the knowledge and tools they need to find and achieve the style that works best for them," said Steven Yde, director of marketing for Wahl Clipper. "For us, it's about helping guys look their best, whether that means getting ready for an interview, a big date or anything in between."

A significant percentage, 58%, of consumers intend to visit their hair stylist in the next 6 months according to AudienceSCAN. Over 70% of this audience say they try to support businesses that sponsor a favorite team or athlete, a rate that is much higher than average, so savvy salon owners should consider promoting their sponsorships. In addition, 45% of these audience members have taken action as a result of a TV ad they've seen in the past 30 days.