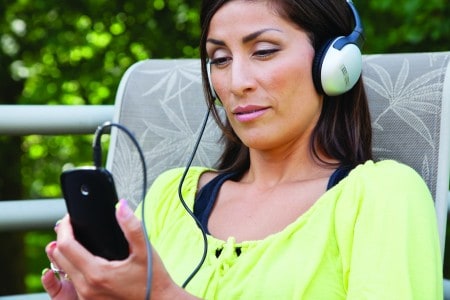 Nielsen released its 2015 Music Report: On-​demand streaming grew by 93% and vinyl sales posted the 10th year of consecutive gains. More than 317 billion songs were streamed on-​demand in 2015 through audio and video platforms, an increase of 92.8% from 2014.

Total consumption for 2015, album sales plus track equivalent albums and streaming equivalent albums, increased more than 15% over 2014, led by the continued surge in streaming. More than 317 billion songs were streamed on-​demand in 2015 through audio and video platforms, an increase of 92.8% from 2014. Although album sales were down 6% in 2015, the decline was notably less than the 11% decline for 2014. Vinyl album sales continued to grow, with sales up 30%, accounting for nearly 9% of total physical album sales.

Adele’s record-​setting 25 was by far and away the year’s biggest seller, with over 7.4 million year-​to-​date sales (in only six weeks), making it the biggest seller in a single year since 2004.

“With a record setting 3.38 million copies sold in the first week, and more than 7.4 million in its first six weeks, the unprecedented sales of Adele’s 25 is the sales story of the year, if not the decade,” said David Bakula, Senior Vice President of Industry Insights. “While music fans continued to drive dramatic growth in on-​demand streaming music, with volume up 93% over 2014, it’s clear that the album is still a viable format for music fans.”

Nielsen provides music research and monitoring services for the entertainment industry. Nielsen’s airplay, sales and streaming data represents music consumers of all ethnicities and languages, and powers the Billboard’s charts, including the iconic Billboard Hot 100 and Billboard 200, which are widely cited as the standard for music measurement.

According to AudienceSCAN, 56% of Streaming Music Service Subscribers are men and 50% are aged 25 to 34. In the past 30 days, 75% of subscribers took action after seeing a text link ad on a website. And they're reacting to your Internet banner ads, so digital is the way to go for this listening audience. Now, hit them with ads for the stuff they want to buy this year! Like, stereo/​home audio; uniforms, other work apparel or footwear; medical clinic services (inside a grocery, drug or warehouse club store); and sports programming on cable, satellite TV or the Internet (including MLB TV, NBA TV, NFL Sunday Ticket, WWE Network, PPV events, etc.).