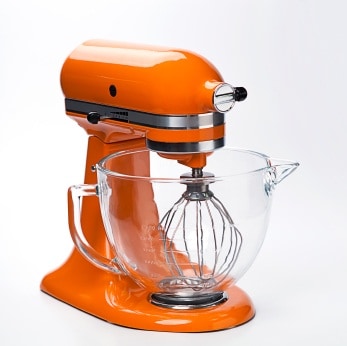 The small appliance industry had a prosperous 2012, gaining five percent in dollars, on top of a four percent increase in 2011, according to The NPD Group.  Noting that unit volume was down slightly, it was a favorable mix of higher-​priced product that drove the growth in dollar sales.  Clearly the story is one of trading up, which was evident for the vast majority of small appliance categories.

“Given the still fluctuating state of the economy, the idea that consumers are spending more on their small appliance purchases seems counterintuitive,” said Debra Mednick, executive director and home industry analyst, The NPD Group.  “But, we have learned that consumers will rationalize their spending when products deliver on convenience or performance, despite a premium price point. In fact, consumers may be more attracted to certain premium products and will forgo other purchases to have that ‘little bit of luxury’,” said Mednick.

In 2012, the Internet and personal connections played an important role in facilitating the growth of the small appliance industry dollars given their influence on trading up.  Online dollar sales increased 24%, accounting for 14% of industry dollars, compared to 10% in 2010.  Products purchased online garnered nearly 50% higher prices than those purchased in a traditional brick & mortar store.  Sales of small appliance products researched through social media or blogs increased 33% and items purchased as a result of friend or family recommendations saw the largest increase in average selling price.

Older consumers purchase higher-​priced products, spending more on their small appliances. “While the Millennials are the generation of the future, Baby Boomers and Gen X are still driving the market,” said Mednick.  “Consumers aged 45 and up increased their average appliance spending by double-digits.”

“The evidence of consumers trading up is undeniable, given the prevalence across our industry,” said Mednick. “In spite of, or perhaps because of, economic and personal challenges, consumers are focusing on indulging a bit, and finding value in premium.”