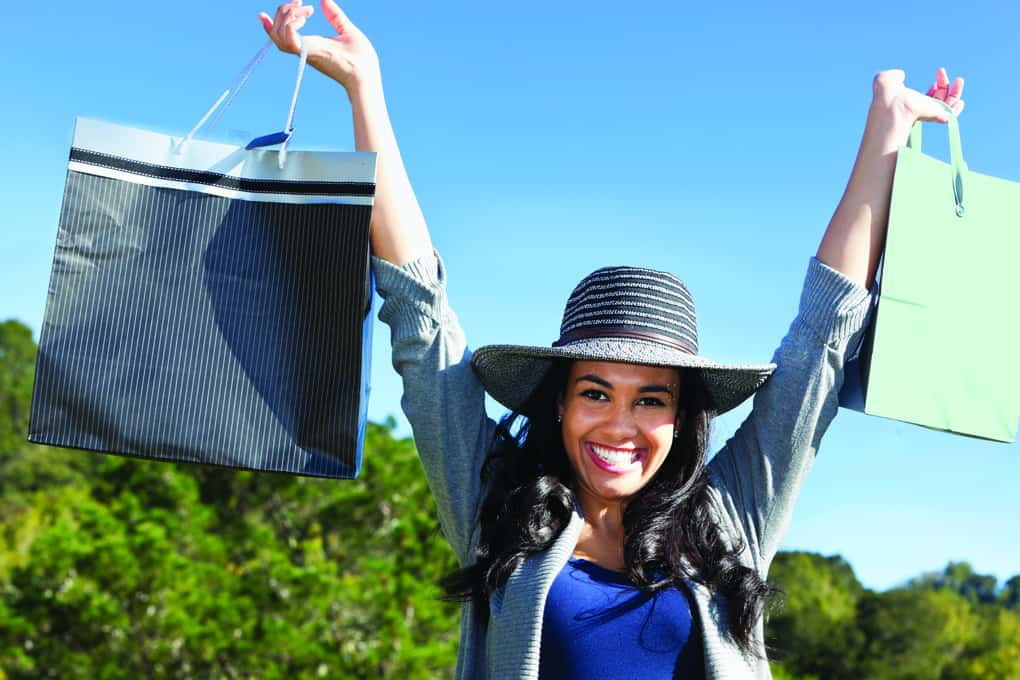 Women have tremendous spending power in America today—and it’s growing. Market estimates about their total purchasing prowess varies, ranging anywhere from $5 trillion to $15 trillion annually. And the scope of that spending is notably vast. Fleishman-​Hillard Inc. estimates that women will control two-​thirds of the consumer wealth in the U.S. over the next decade and be the beneficiaries of the largest transference of wealth in our country’s history—compelling insight for anyone curious about who’s keeping the U.S. economy going these days.

In addition to handling the bulk of the purchasing decisions for consumer goods in the U.S., they’re also likely to influence or manage many other big ticket purchases—homes, autos, appliances, furniture, etc.—not to mention a large portion of the apparel, groceries and everyday purchases.

MEN ARE SHOPPING MORE TOO

Women may be the dominant retail shoppers, but men are taking a more active role in the shopping process than they have in the past. Between 2004 and 2012, U.S. women reduced the number of trips they made across most retail channels, while men increased their visits to all outlets except grocery and drug stores.

Female shopping trips are most important to the mass merchandiser and dollar store channels, while male shopping trips are of greater relative importance within convenience/​gas, grocery and warehouse club outlets. Women spend more money per trip than men in all of the channels examined, but in many channels, the differences between the sexes are not as great as one might expect. Nevertheless, spending differences do indicate that women drive the larger stock-​up or planned trips as they outspend males by $14.31 per trip in supercenters and by $10.32 per trip in grocery stores.

VIEWING TIME IS INCREASING ACROSS ALL PLATFORMS

While watching live or time-​shifted content on a TV accounts for 94% of video viewing, a growing percentage are taking advantage of technology that allows them to watch anywhere and anytime.

In addition to watching more video than men, women are more active online. In December 2012, 116 million U.S. women were active on the Web, compared with 102 million males. While women make up the majority of visitors to career, shopping and social media sites, they also account for more of the unique visitors to Netflix and Hulu. It’s worth noting that while there are more women visitors to these sites, they stream less content than men. On average, women watched 132 streams in December, compared with the 180 that men streamed.

WHAT THIS MEANS FOR MARKETERS

Considering the spending power that women wield in today’s marketplace, it’s particularly important for advertising and marketing messaging to resonate with them. Specifically, Nielsen NeuroFocus research has found that the female brain is hard-​wired with evolutionary strongholds to create a very specialized customer whose purchasing prowess has never been stronger. For example, we know attention is the first step toward intent and brand loyalty.

The second step toward loyalty is retention. Women remember more and differently than men do, so talk to both her emotional and rational sides and acknowledge her attention to detail. Layering emotional decision-​making opportunities with rational information will increase purchase intent and will have strong “sticking” power. According to Nielsen NeuroFocus, the female brain is programmed to maintain social harmony, so messaging should be positive and not focus on negative comparisons or associations.