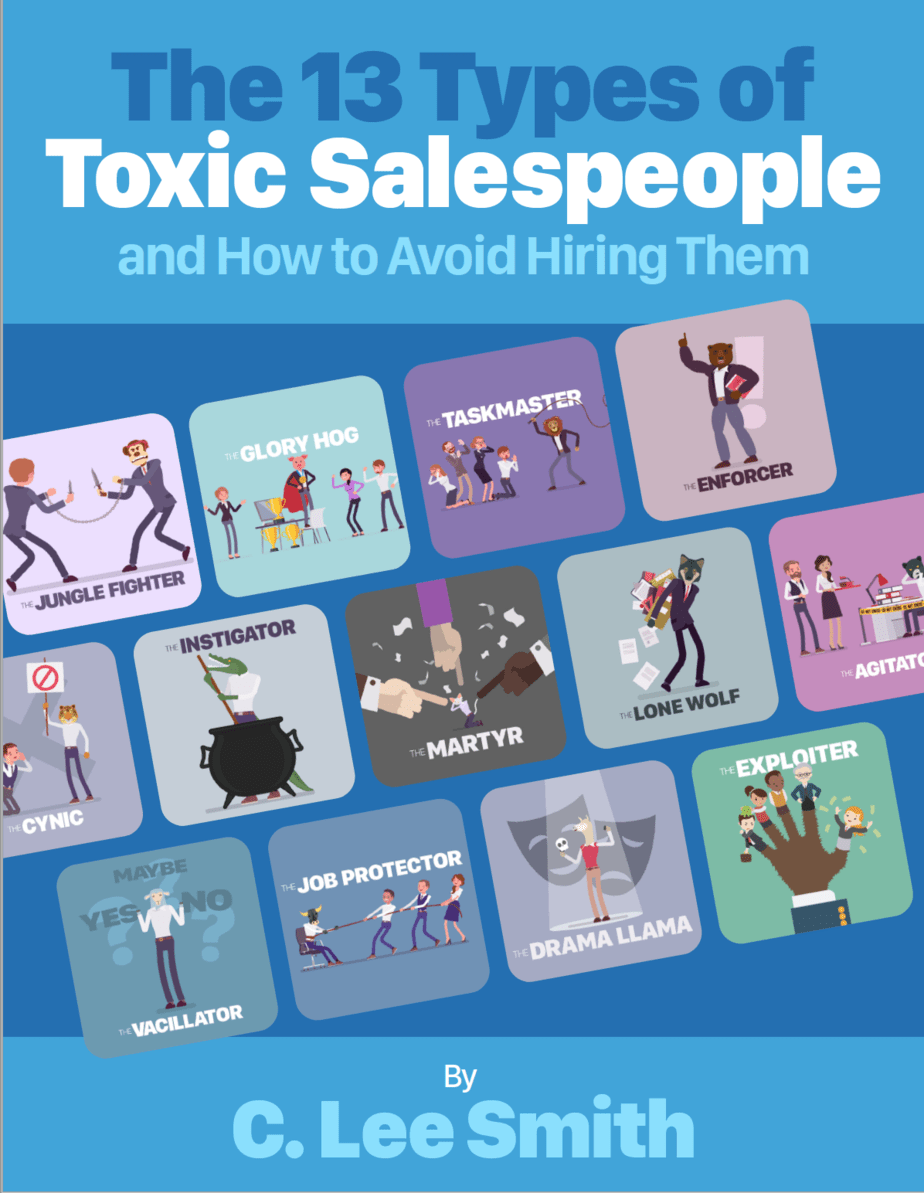 They have to replace the sales rep who just left. Or they’re tasked with expanding their department to meet the challenge of growing sales for the company. Either way, they have to make a big decision. The candidate sitting in front of them could be an outstanding addition to the team, or they could be the manager’s worst nightmare.

Hiring an employee who turns out to be toxic can cost the company lost sales, higher rates of sales rep turnover, and turmoil. Research shows 1% of people are psychopaths and 4% are sociopaths, while another 2–3% of the population might end up behaving in a toxic way in the workplace. When you add it up, that’s nearly one out of 12 people.

In this excerpt of the book, "Hire Smarter, Sell More!," from SalesFuel CEO C. Lee Smith, we offer a glimpse at 13 types of toxic personality types we’ve identified in the workplace for sales teams. We have ordered the chapters by the most difficult and problematic, the Jungle Fighter, to the least likely to be problematic, the Martyr. Using documented case studies, we also outline the steps you can take to address toxic behavior and restore harmony to your organization. In some cases, you may be able to adjust the work environment and coach employees who exhibit toxic behavior. In other cases, the best strategy may be to avoid hiring employees with toxic behavioral tendencies. If they are already on the payroll, you’ll have no choice but to get them out of your organization.

Complete the short form below to get this free e‑book now!

13 TV news journalism awards PR/​Marketing Veep & Former TV newser.
@GeneforTexas Everyone in the US should expect to contract the virus. Vaccinated folks will not end up in the hospi… https://t.co/webxMab8Bk — 4 days ago