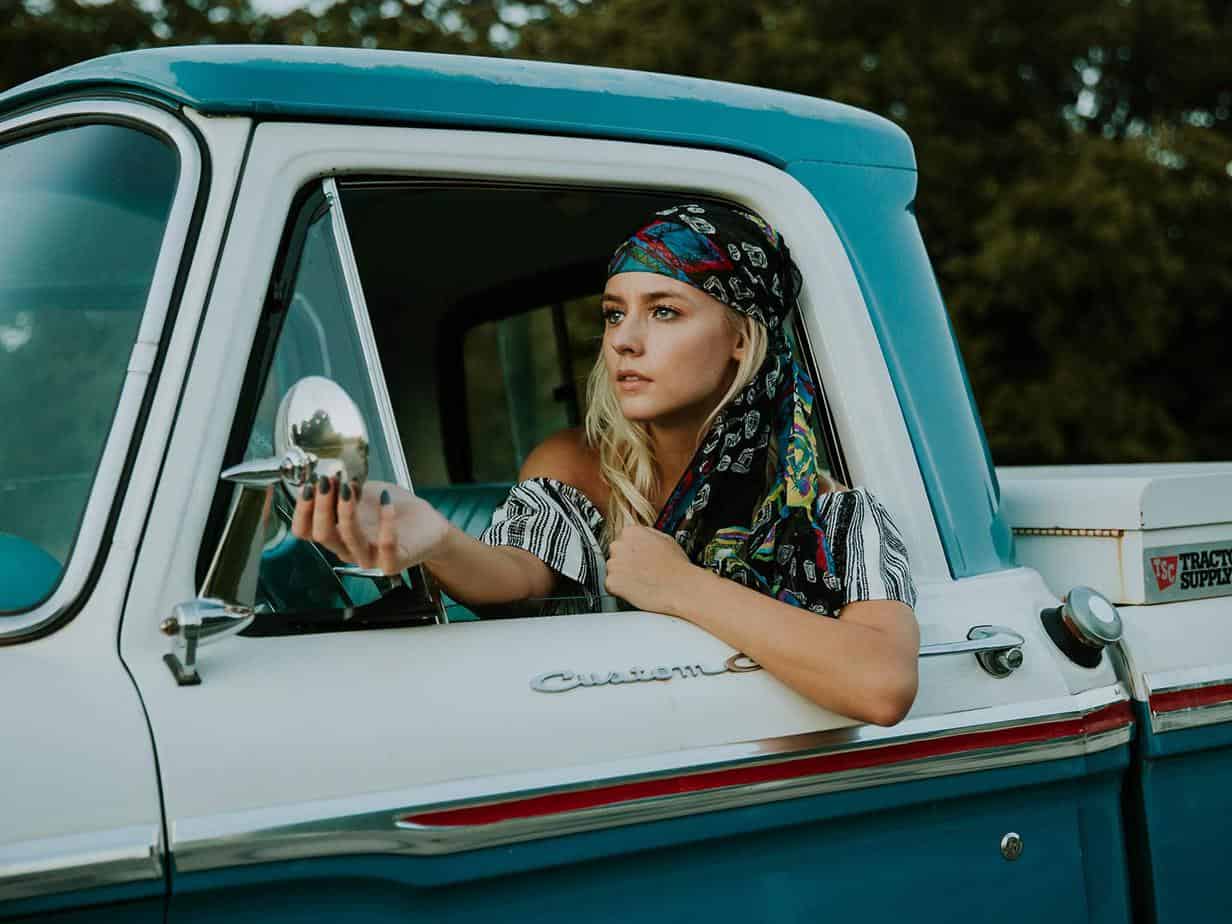 "Classic pickups are becoming a favorite item at collector auctions," CNN Money reports. "For example, auction prices for 1947 to 1955 Chevrolet 3100 pickups have risen 33 percent in the past three years, according to the collector car market watchers at Hagerty Insurance. Prices for newer 1973 to 1987 GMC trucks have risen 22 percent, and prices for big 1945 to 1968 Dodge Power Wagons have gone up 34 percent."

"At January's Arizona collector car auctions — events that are held annually by several different auction companies — the most expensive pickups sold were heavily modified and modernized. The most expensive one of all was a highly customized 1941 Dodge Power Wagon with raised suspension and a Brazilian hardwood bed. It was sold by Barrett-​Jackson for $220,000. The most expensive restored, but not otherwise modified truck was a 1947 Power Wagon sold by the Russo and Steele auction house for $115,000."

"Those are of course not your usual retired hay haulers. Buyers got very nicely restored trucks for $30,000 to $40,000 at those same auctions. Values are rising as car collectors begin to see trucks as affordable pieces of drivable Americana."

The popularity of pickups could create a new line of business for vehicle restorers. The newest AudienceSCAN study found 8% of Americans enjoy working on cars/​trucks in their leisure time.

"Thanks to careful restoration, some of these trucks look just as good as they did the day they left the factory. Pickups' simple, rugged engineering makes that level of finish easier to achieve on a truck than on a car."

"They're so easy to work on," said McKeel Hagerty, head of Hagerty Insurance. "The ability to really create an almost (competition)-level restoration on one of these is a lot cheaper than doing it on a Maserati."

From the occasional home restorer, to the specialized body shop business, auction houses and vintage dealers can advertise to this audience. Newspaper ads and radio spots can talk about the increased demand for restored pickups. The latest AudienceSCAN survey reported 59% of Car Restorers/​Mechanics took action after seeing ads in newspapers, and 58% took action after hearing radio commercials.

"Truck restorers can easily find new or unused versions of the parts their truck originally had. And a number of companies make modern parts, such as power steering gear and disc brakes, that fit old trucks. These parts make old trucks drive more like modern ones. And collectors are accepting of modifications, especially if the changes are made in a way that allows them to be changed back later."

"But trucks don't have to be pristine to find an audience. B. Mitchell Carlson, who writes about the collector car market, owns several older cars including a 1947 International Harvester pickup that he uses for hauling but still takes to car shows. The paint is pretty faded, but that's just fine with him. "That doesn't bother me and it doesn't bother a lot of guys and gals that are into trucks," he said."

Car Restorers/​Mechanics are on the hunt for their next project! The most recent AudienceSCAN data showed 20% bought an item from Craigslist in the past six months, and another 28% have bid on an item on eBay or other online auction.

"The increasing popularity of pickups is tied into another big trend in collector cars; the popularity of vintage SUVs such as Ford Broncos and Chevy Blazers, said John Kraman who provides collector car commentary for Mecum Auctions' TV broadcasts. "They fall into that truck category."

"Older Land Rovers, Jeep Grand Wagoneers and Toyota Land Cruisers are also increasingly valuable. Pickups, which are simpler and were manufactured in much larger numbers, provide an easier and more affordable way to enjoy the cool image of a classic truck. Given the hard work to which most old trucks have been subjected, a nicely restored one is particularly eye-catching."