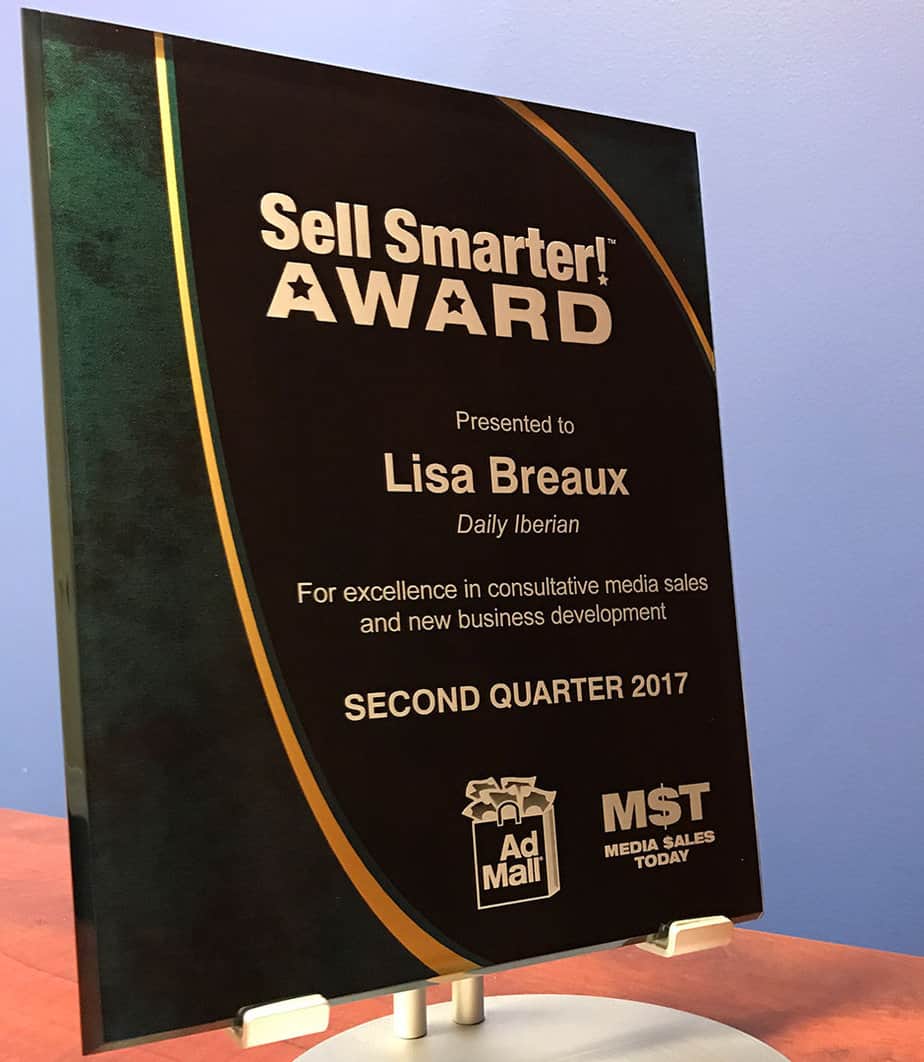 Lisa Breaux was selling space in the Daily Iberian’s upcoming home & garden special section. In her role as a sales manager and sales trainer there, she likes to go after the more challenging prospects and accounts. There was an outdoor power sports business that had not advertised with the paper in 24 years, and for her, this was the perfect target.

“I called him and told him he was the only lawn and garden dealer not in here and, ‘you have to show your support for the local community’,” Breaux recounted. “He said, ‘come see me Tuesday’.”

He told Breaux he needed to keep all his local people and get more to shop local, instead of choosing Lowe’s, Walmart or Home Depot.

She immediately went to AdMall to research co-​op for Dixie Chopper, as well as put together a slide show about consumer spending in the lawn/​garden and outdoor power sports industries.

“I want to go in knowing more about co-​op and his business,” Breaux said. “There have been reps who go in [to his store] every three months but they never get him.”

The business owner was impressed with the spending data and he loved the Value of a New Customer intelligence.

“So, I’m trying to sell him a full-​page ad [for Dixie Chopper],” Breaux relayed. “He was so pumped up that he called me and said he wanted a half-​page Snapper ad too!”

The advertiser ended up spending $450 on the full-​page Dixie Chopper ad and $300 on the half-​page Snapper ad. He told Breaux if those produced results for him, they could go forward with more campaigns.

“I told him he needs to focus on the older customers with the right income bracket who are loyal to him and to our paper, as the consumer spending [data] pointed out. His customers are our readers.”