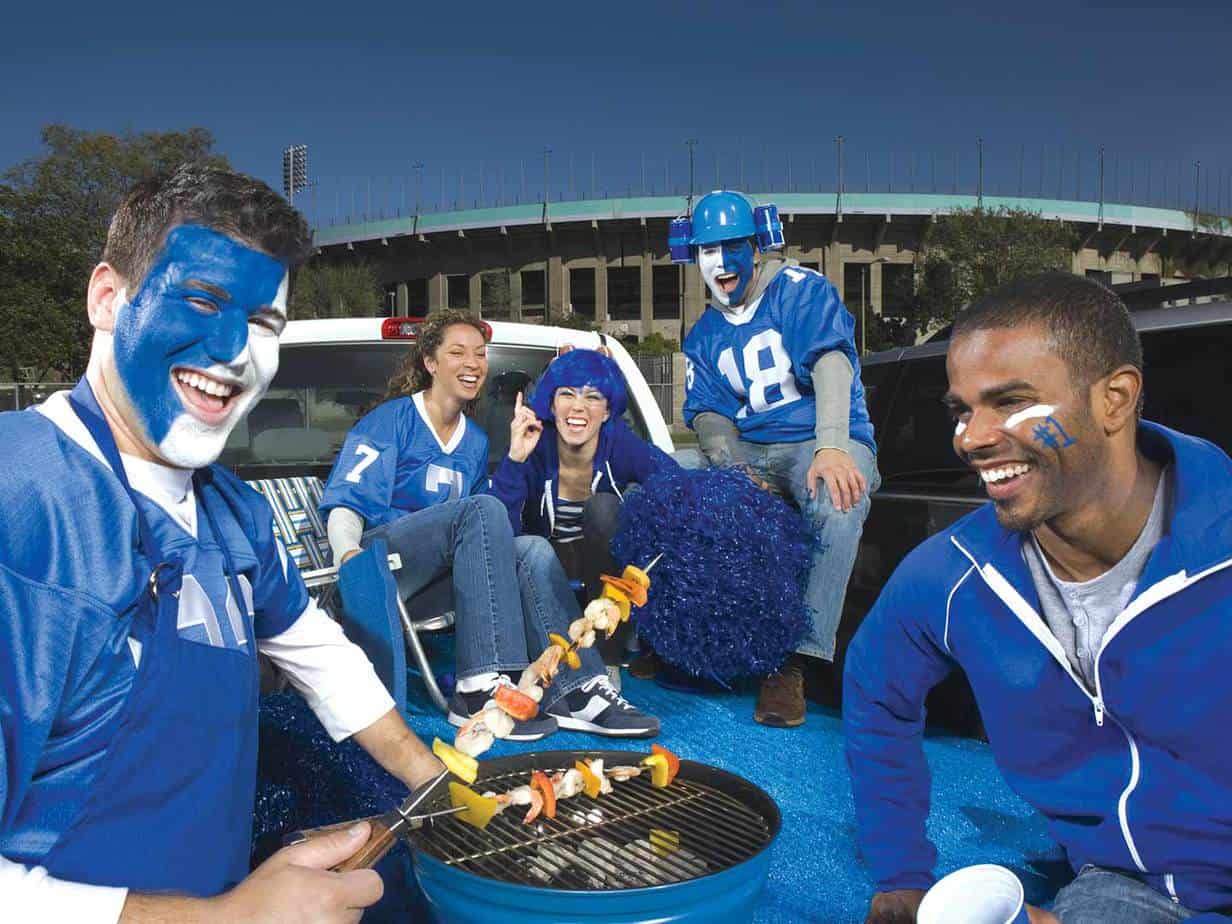 "On brisk fall mornings, you’ll find a healthy number of Americans in a parking lot participating in one of our country’s beloved pastimes," Hoang Nguyen wrote. "Tailgating is a subculture that has become nearly as excitable as the sporting events they precede and you’ll find some of the largest tailgates in college towns. New YouGov research reveals just how many Americans tailgate, their habits, and what they’re likely to buy for the game."

Retailers can try tying in with local sports teams to encourage shopping for tailgating items. The new AudienceSCAN survey showed 12.6% of Tailgaters usually try to support companies that sponsor their favorite sports team or athlete.

Stand out with tailgate specials featured in social media: 42% of Tailgaters took action after seeing ads on social networks in the past month, according to new AudienceSCAN data.

YouGov’s purchase intent data indicates that there will be bags of Frito-​Lay chips, Johnsonville sausages on the grill, and cans of Campbells at pregame festivities. As for every day beverages, tailgaters are more likely to consider zero to low-​calorie drinks like G2, Diet Coke, Coke Zero, Diet Mountain Dew, and Diet Dr. Pepper than the rest of the general public.

Pair tailgating gear with these products for winning ad campaigns! Try some internet banner ads. The new AudienceSCAN survey reported 32% of Tailgaters took action after seeing them in the past 30 days.

In regards to tailgating behavior, 1 in 3 respondents say that at least on one occasion, they didn’t make it to the game after a tailgate. YouGov also polled respondents on the reasons they would leave a game and found bad weather to be the biggest factor (41%). About a third would also leave if their friends and family didn’t want to stay and a quarter of Americans would leave if they were tired or their team was losing and it was a blowout.