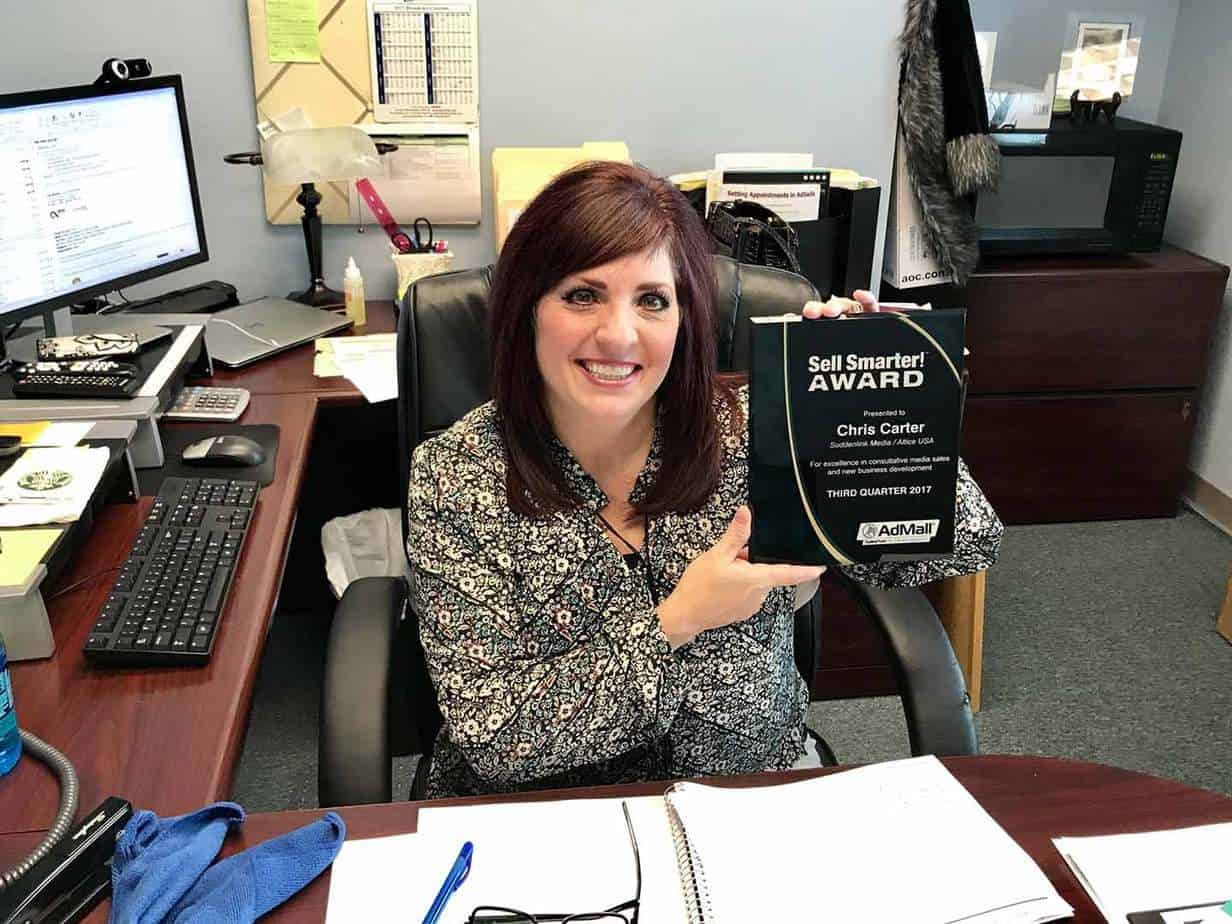 An automotive dealer in College Station, Texas had not done business with Suddenlink Media/​Altice USA in years. Chris Carter was determined to change that. After conversations about the three brands he sells, she uncovered the dealer’s reluctance. He was not confident Suddenlink could deliver his message to the right consumer.

Carter prepared for her in-​person meeting using the LAIR for auto dealerships, along with the AudienceSCAN profiles on new vehicle shoppers, to gain knowledge of her prospect’s brands’ audiences and their interests.

“These reports also gave me insight on determining who his local competitors are with numbers that actually matched his monthly reports and this impressed him so much!” Carter said. “He made the comment that he had not ever had a sales rep come in before with enough knowledge to ask the right questions.”

In her presentation, she backed up the reasons why he should be on certain networks with AdMall research, and gave recommendations on how to combine digital marketing into this proposed campaign strategy.

“AdMall gave me the capabilities to show the owner where his audience is buying other products and services and their overall lifestyles,” Carter said. “His exact words to me were: ‘I have never had a sales rep like you’.”

The dealer invested in a campaign that geo fences his competitors, directly targets women aged 55 and older, and enhances the digital campaigns he already had in place. From August 2016 through April 2017 his total spend equaled $95,373. Carter reported that he made record sales after running with Suddenlink the first month.

“Subaru has been so pleased with their record-​breaking months in sales that he gave me a referral to his partner [who] oversees the Nissan dealership, and now they have come on board with me!” Carter said. “And I used AdMall to show him how to target his true audience.”

At that time, Carter had added $36,000 in revenue from this dealer. And, in the meantime, Carter was promoted to local sales manager for Suddenlink Media/​Altice USA!

“I use AdMall for everything. I have owned several businesses and the information that AdMall provides for business owners as well as account executives is of huge value. Being able to walk into someone’s business and know valuable information about their industry puts myself in a complete different playing field as a salesperson. The prospect sees me as a counselor, not just someone else that is trying to sell them something.”