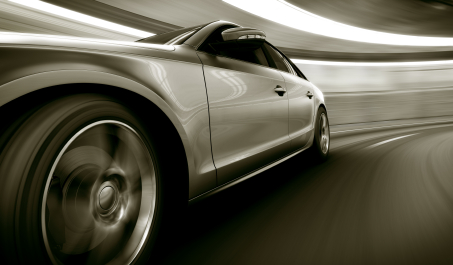 "The rate of connectivity is increasing substantially every year. For example, in 2011 there were only two vehicle models with Internet access as standard. This year, it will be 133 models, with another 69 in which Net access can be added as an option. This compares to 173 vehicle models this year without Internet access, according to a new study by Kelley Blue Book."

"In this context, the average car on the road today is more than 11 years old," Chuck Martin writes. "Meaning that most cars are unconnected from the Internet."

Consumers seem to be more interested in READING about connected cars than buying them, so focus advertising around education. AudienceSCAN found 6.1% of Americans said their favorite types of magazine and/​or newspaper sections are the automotive sections.

"While major car companies like BMW and tech companies like Google and Apple forge ahead with creating driverless cars, the consumer appetite for such cars is hardly there, even among millennials, according to the Kelley study. Here’s the demographic split of consumers who do not believe they will ever own a self-​driving car:"

"There seems to be quite a gap from where consumers are today compared to where technology is going tomorrow."

Curb their fears with marketing campaigns. Dealers can talk to Automotive News Readers in TV commercials. AudienceSCAN found 49% of Auto Readers took action after watching a spot in the past month.