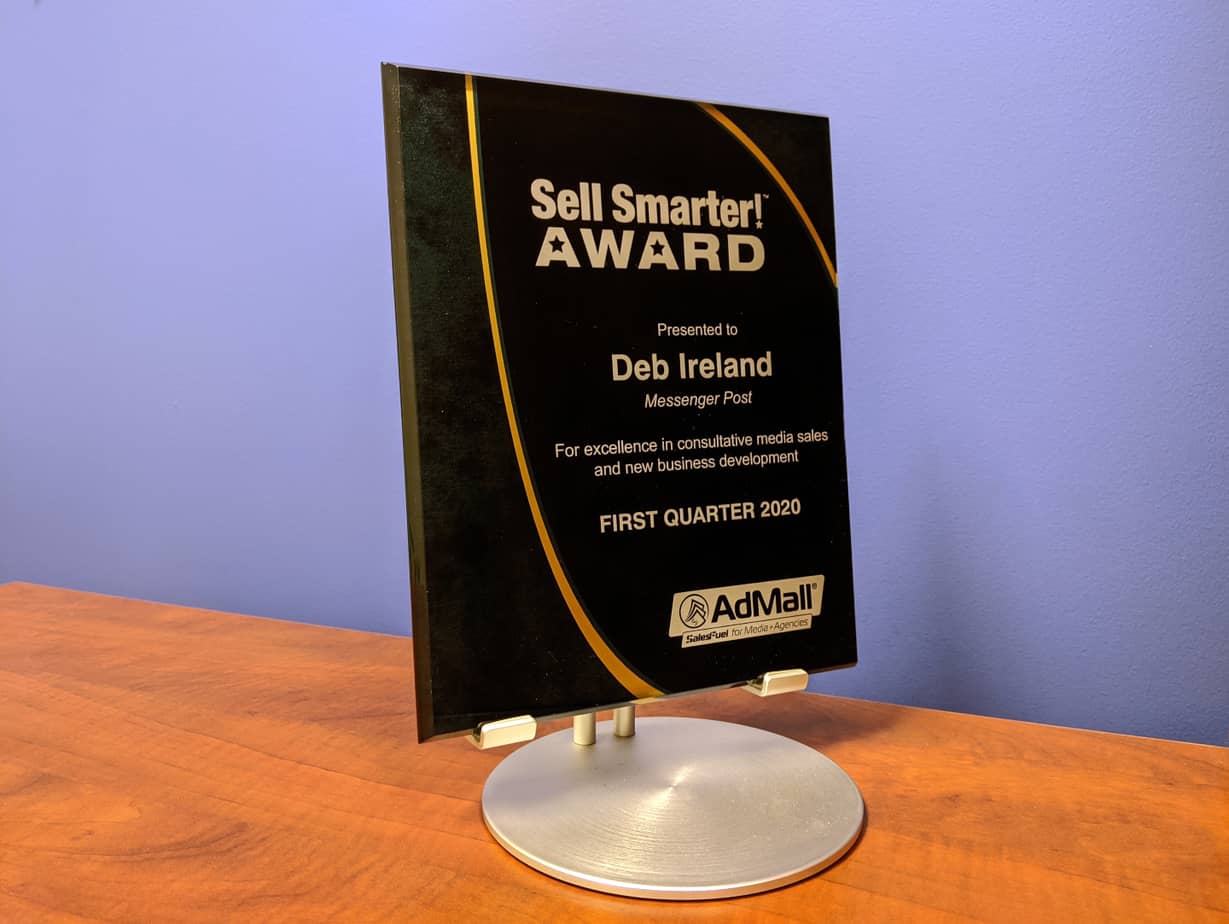 Challenge: How to modernize a traditional brand

Deb Ireland, an outside sales rep for the Messenger Post, has had a long career in sales.

“I’ve been selling media since 1995,” said Ireland. “Long before digital.”

With that in mind, the veteran of media sales decided to revisit a landscaping/​lawn service company she had worked with in the past.

“I worked with them years ago when I first started [with the Messenger Post] in 2006, but I left four years ago and they were inactive until I came back to work here,” said Ireland.

The long-​established company had had no issues buying traditional advertising from Ireland, but they resisted diving headfirst into the world of digital campaigns.

“They started this business many years ago and have grown to two locations,” said Ireland. “They specialize in hardscapes and natural stone and are very nice, down to earth [people] and are getting more tech savvy each year.”

Ireland was first introduced to AdMall during her first stint with the Messenger Post.

“[AdMall] has improved a lot over the years,” said Ireland. “The ease of finding information about co-​op is what I love the most about it.”

Using AdMall’s Co-​op Digital Money section, Ireland was able to find an avenue in which to approach her client. “[I sold them] on-​target digital ads for a local event and a three-​month Facebook campaign for a product they carry because I found in AdMall that the vendor offered Co-​op on the product,” said Ireland.

Result: A three-​month contract, and a client with a new digital footprint

Through her savvy research, Ireland was able to turn out a three-​month contract worth $2957. While it’s still too early to gauge the client’s ROI, the fact remains that with AdMall, Ireland was able to break new ground with a client and bring her sales portfolio to the next level.