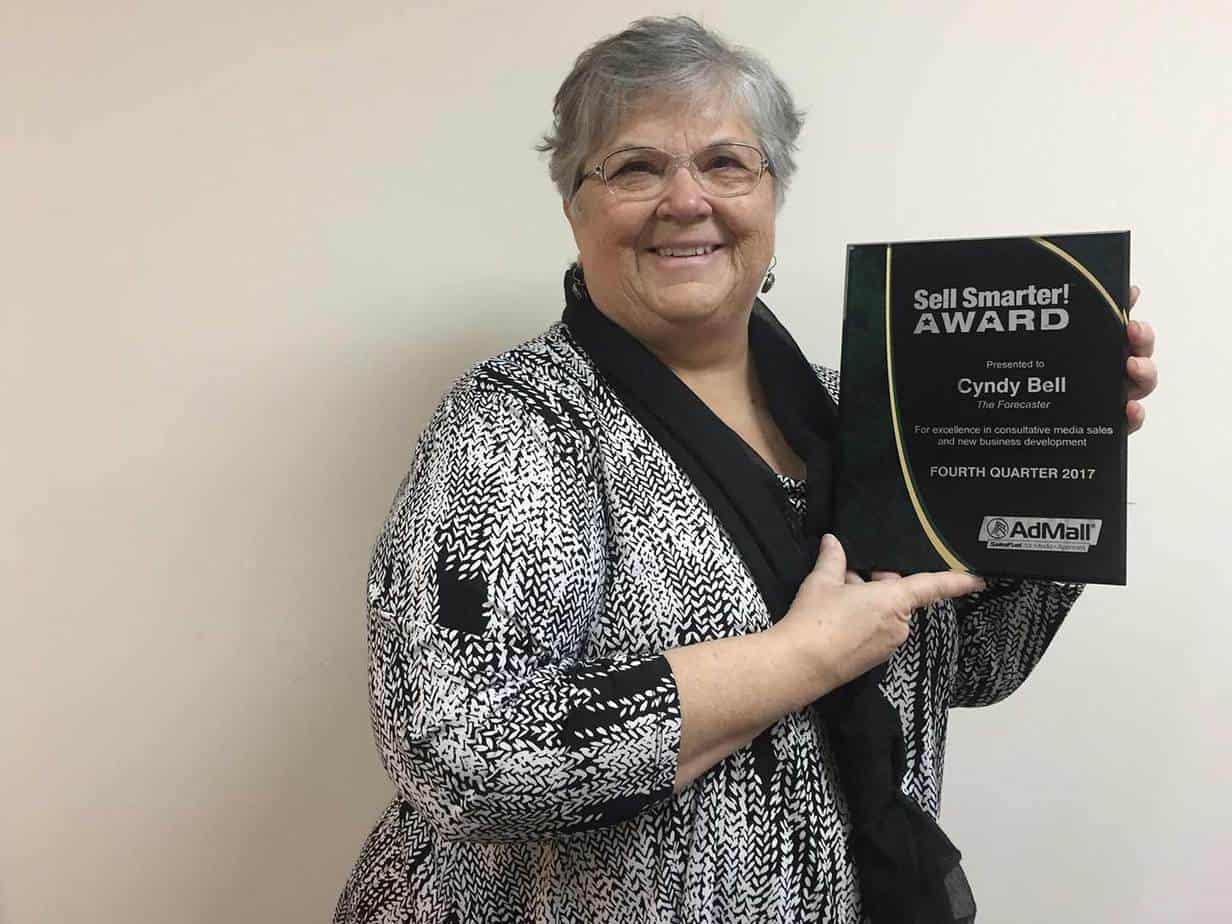 With direct competition in a nearby town, this gun store’s manager and marketing team needed to let the Falmouth community know about its brand-​new range and training center. The Forecaster’s Cyndy Bell had all the ammunition she needed from AdMall to reach out to her account. The Advertising Accounts Manager knew from her research that the business had just changed its website and needed to increase the SEO of that new site. This shop had run some small ads with Bell previously, but no major campaigns to date. She was intent on building this account – just as they build weapons locally.

“They do carry some other brands, which is what I had approached them about for co-​op,” Bell explained.

Bell brought her clients the AdMall co-​op information which resulted in a Remington ad in her local weekly newspaper for that week. However, Bell did not stop there! This 20-​year media seller embraced her new news tools, or as she put it: “So, you can train an old dog.” She researched other co-​op opportunities and presented all the contact information to the marketing team at the gun retailer.

“They were very appreciative,” Bell added. “So, when they wanted to do a campaign that would highlight the many training classes that they offer, I suggested using the co-​op from the other brands to help pay for it.”

Result: $1,200 and a lasting relationship

The gun shop’s team did run a small ad using the Remington co-​op, but Bell was prouder that it helped her to lead them into a special publication that The Forecaster was running. The special section called, "How to Choose," featured local businesses and details about each. It served as a guide to the community and for newcomers to keep on-​hand. The clients purchased a double-​page spread in it, resulting in a total $1,200 for Bell’s efforts.

“Now they contact me to run ideas past me and to get my input! It puts me in a good position,” Bell said. “There was a competitor who has just done a huge expansion on his shooting range which I first offered the co-​op info to and he passed on it. So, this client was very happy to be able to counter the new opening of his competitor with something that will pop.”

Bell said folks held onto the publication for some time, and her clients felt the large ad introduced them to a larger market as that publication went to The Forecaster’s entire distribution areas.

“We have been using AdMall for just about a year now. I use it to find opportunities in my area that I certainly wouldn't know about any other way. It also prepares me for upcoming ideas in plenty of time to implement them. I also like that it gives me something to walk in the door with that is fresh and helpful to the client's business not just me being a pushy sales person. The information is relevant to them and may help them save on their advertising costs. So, they welcome my visit and appreciate it.”