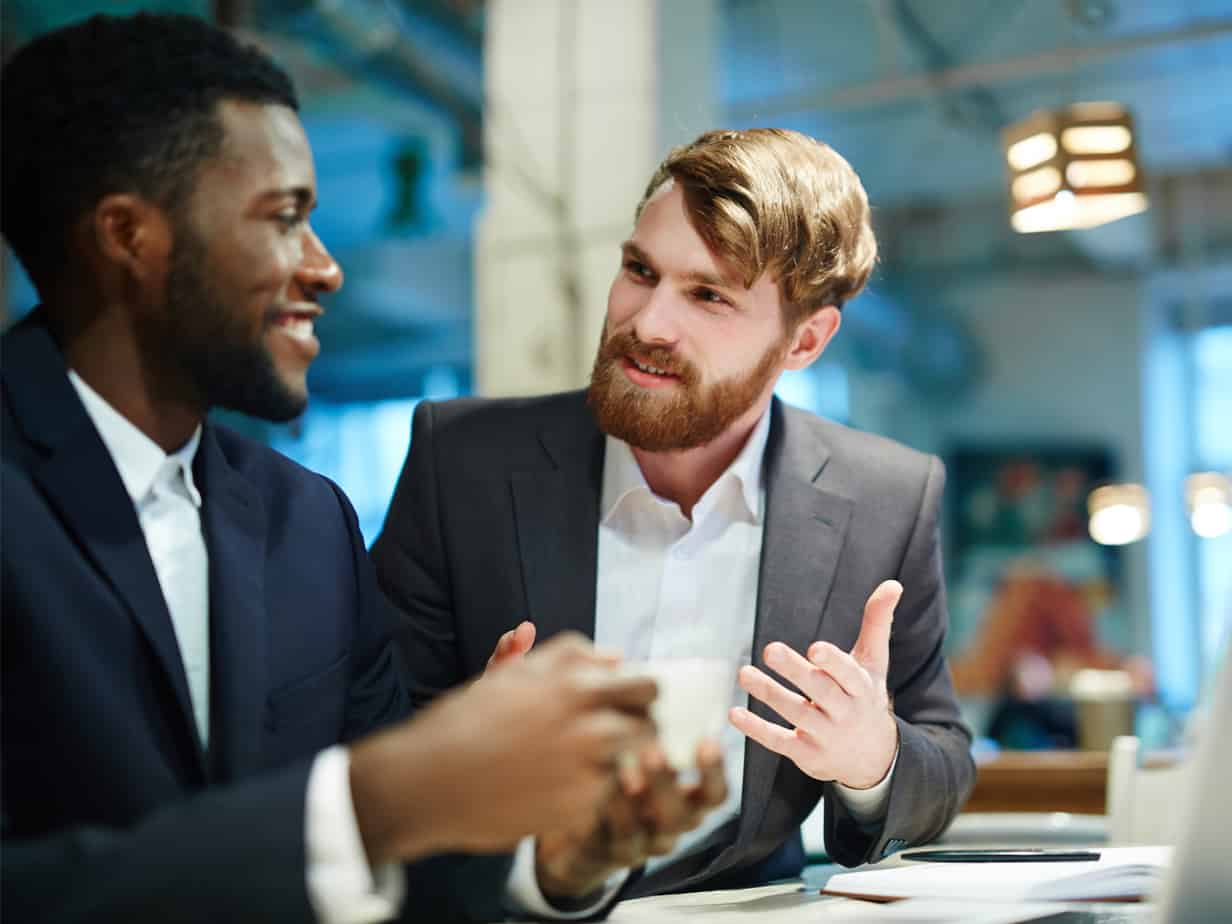 Your email dings and it’s a message from your boss saying you’ll need to give a sales presentation at next week’s shareholder meeting. A feeling of dread quickly sets in. Sound familiar? Whether it’s a pitch or presentation, we’ve all likely been there before. But rather than stressing about it, there are ways to ensure success while maintaining your sanity.

One tactic that salespeople have utilized for overcoming this hurdle is “mirroring.” Mirroring means mimicking the mannerisms and tone of whomever you’re meeting with or presenting to. This has been standard practice for years, but perhaps it’s time to redefine mirroring, at least according to Steve Kearns, Social Media Lead of Sales & Marketing Solutions for job site LinkedIn.

And with how technology has changed the consumer market, it’s no surprise that sales and marketing approaches have evolved too. While paper mailings and door-​to-​door business has started to go the way of the dinosaur, nowadays checking an email is as simple as looking at one’s smart watch, and the notion of the traditional brick-​and-​mortar office has shifted as well.

“Today, our first interaction with a sales prospect is rarely a phone conversation or an in-​person meeting but an online interaction where the mannerisms are muted,” wrote Kearns. “That’s not to say salespeople don’t mirror. They still do, it’s just been relegated to a smaller role in these digital times.”

That begs the question: is mirroring still relevant? The short answer is yes. But it won’t look the same as it did in the past, and it’s important to exercise using an appropriate and modern approach.

“Armed with information and options, today’s buyer calls the shots,” continued Kearns. “To go against the grain of a buyer’s or company’s preferred process, to cater to your own preferences versus theirs, is the modern-​day equivalent of the tone-​deaf sales rep who flails excitedly at a subdued sales prospect.”

So how does one successfully implement mirroring in this new digital age, and why even bother? According to Kearns, it’s about becoming familiar with your potential client’s digital footprint.

He explained: “Paying attention to your prospect’s online profiles and activity can also help you discover commonalities that you didn’t know existed, which you can then use to break the ice in a genuine way. And while you may not be able to mirror mannerisms online like you can in real life, you can absolutely mirror your prospect’s language and preferences.”

That’s not to say you have to become the world’s greatest NASCAR fan just because the company profile “liked” it on Facebook, but if you happen to “accidentally” show up to an event they’ve marked as “attending,” then consider it a networking opportunity.