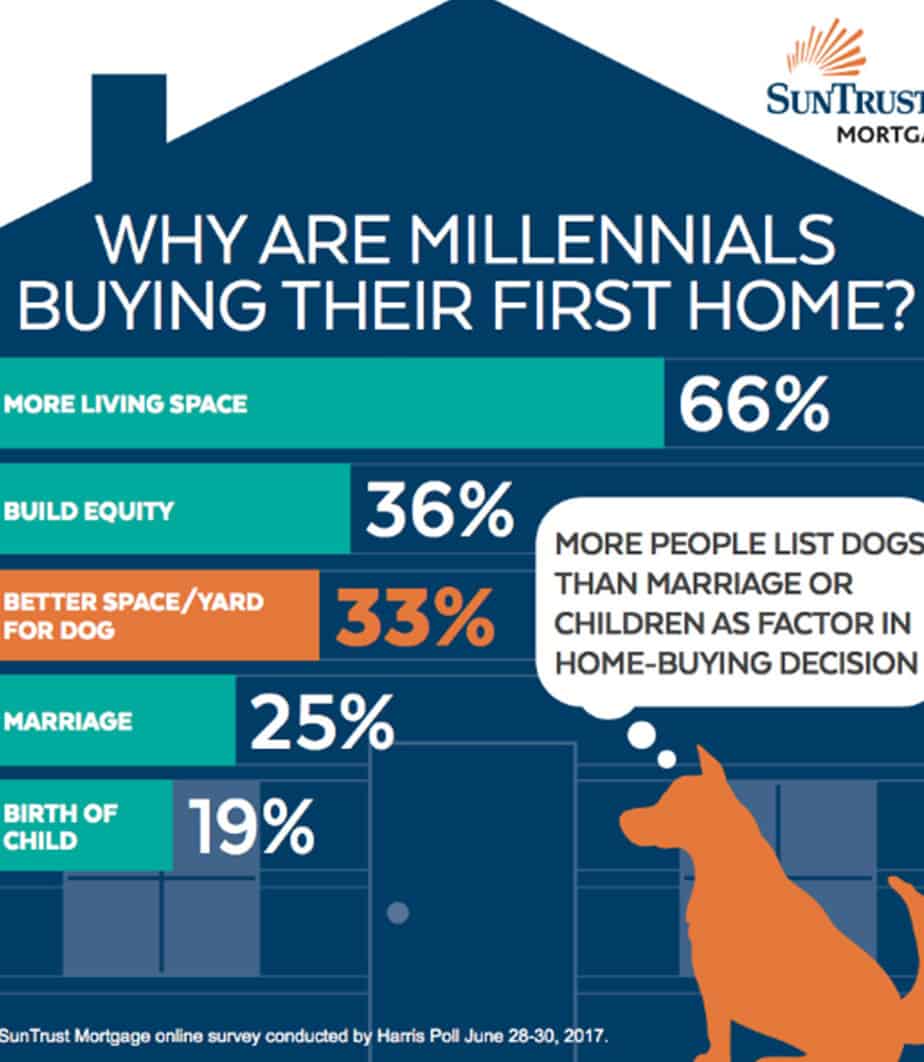 "Millennials, as it turns out, do want a home of their own—if only so their dogs are more comfortable," the American Kennel Club reports. In spite of reports that Generation Y is avoiding purchasing homes, a report by CNN Money showed millennials (and their pooches) were the largest group of homebuyers in 2016.

"But don’t expect them to be walking down the aisle any faster," Liz Donovan writes. "A recent survey conducted by Harris Poll found that 33 percent of millennials say having better space or a yard for their dog motivated the purchase of their first home. Marriage was the driving force behind 25 percent of homebuyers that age, and having a child was named by only 19 percent."

41% of Americans said they owned dogs in the new AudienceSCAN survey results. And 24.5% of them are aged 25 to 34. Gear your campaigns toward dog lovers for a winning strategy.

"The generation born between 1980 and 1996 has often bucked tradition in both their work and personal lives, preferring careers as entrepreneurs rather than with traditional corporations (67 percent, a 2014 poll showed) and delaying marriage and kids. A Gallup poll in 2016 showed that 59 percent of millennials have not yet married, compared to 36 percent of Generation Xers and 48 percent of baby boomers of the same age."

The new AudienceSCAN survey showed 38% of Dog Owners took action after seeing television (over-​the-​air, online, mobile or tablet) commercials in the past month, so realtors should feature dogs in lush backyards to woo new clients.

"But they sure do love their dogs. In 2015, the American Pet Products Association found that young Americans were more likely than baby boomers to make purchases (like toys, gifts, and care items) and take their pets to the vet more often. And this year, the APPA found that millennials surpassed baby boomers in pet ownership for the first time."