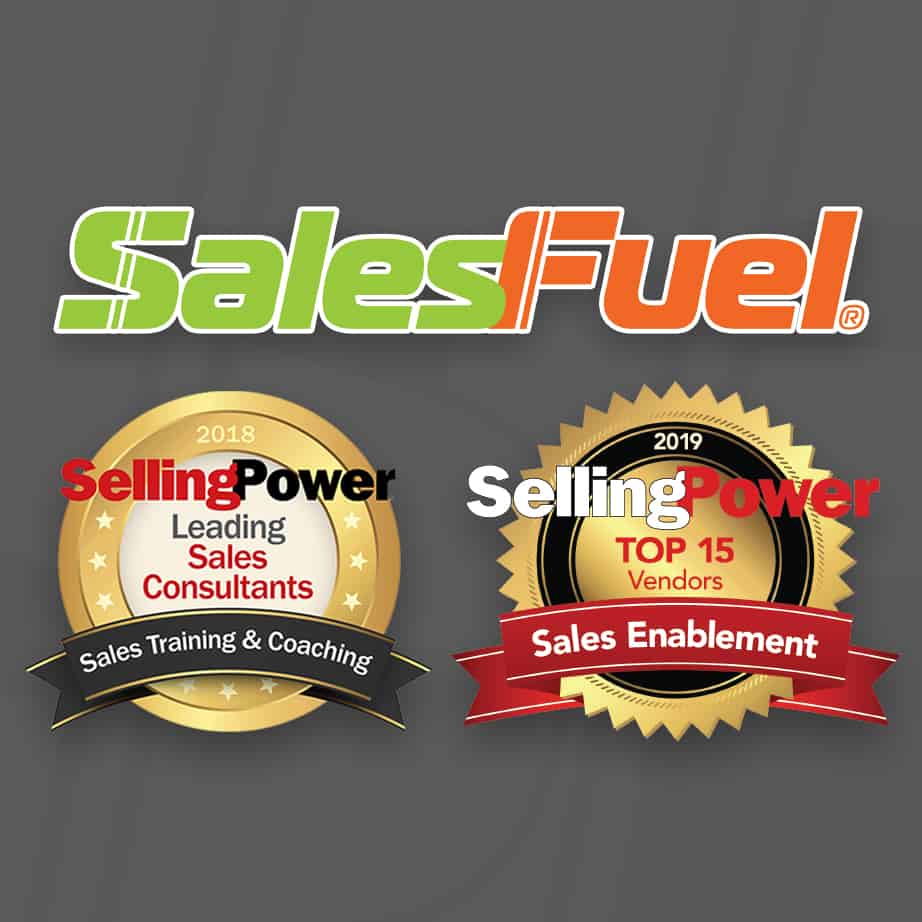 Selling Power says the naming of Smith to the “Leading Sales Consultants” puts him among the top 15 sales consultants who are recognized for their excellence, expertise and insight in the realm of B2B selling. The list is a guide to help B2B sales leaders find and hire consultants who can best fit their needs.

SalesFuel is designated by Selling Power Magazine to the list of the “2019 Top 15 Sales Enablement Vendors”. Selling Power magazine founder and publisher Gerhard Gschwandtner says the list was created to recognize the vital role of sales enablement and technology tools in helping sales teams achieve peak performance in a digital era.

Selling Power’s founder and publisher Gerhard Gschwandtner says "C.Lee Smith's extensive research on the subject of sales coaching has earned him a top spot on the coveted list of top 15 Sales Consultants. Congratulations are also in order for his company, Sales Fuel, for being included in the 2019 ranks of Top Sales Enablement Vendors.”

“It’s an honor being named on the inaugural list of Leading Sales Consultants,” says SalesFuel CEO C. Lee Smith. “The overall individual and company designation among just 15 others is also a testament to our consistent team performance for new and existing clients of our products and services.”

Other companies listed on the 2019 Top 15 Sales Enablement Vendors include:

13 TV news journalism awards PR/​Marketing & Former TV newser. Opinions solely my own.
@AuroraActivist @medina4aurora No I just think fairness is important. Code enforcement slaps a homeowner with a not… https://t.co/gdalO0CwlJ — 42 mins ago