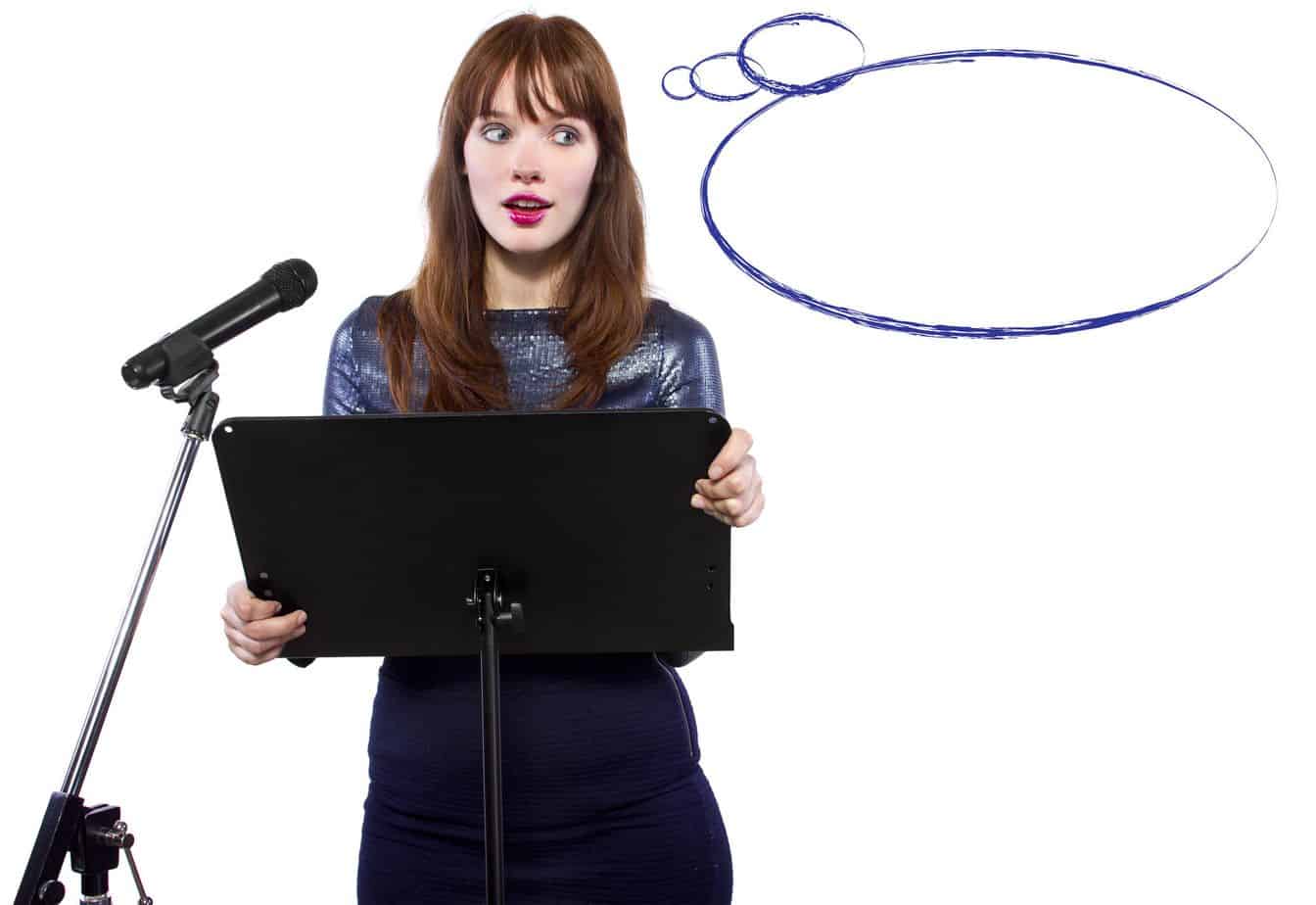 Did you set a goal to do more public speaking in this year? Is your job forcing you into more presentations than you are comfortable doing? Is your lack of experience speaking to groups standing in the way of a promotion or your prospects from moving up the ladder? The thing about a fear of public speaking is that everyone has it! Yes, it's true. Just hear me out!

The Horror of Public Speaking

I was reading an article in the Harvard Business Review about public speaking fears. And it all made sense. Talking in front of people gives everyone a case of the jitters, even for those who are comfortable in the spotlight. When you put your voice out there, you are vulnerable and that strikes nerves. And when you are forced into public speaking, it's usually a big deal, about something important to you or the company or both. There is something on the line (a little or a lot) when you open your mouth in front of a group of people in a business setting. That fact rattles anyone and everyone. But how you handle those public speaking nerves and make the best of the nervous energy is what matters most. This is true even if you are simply giving an opinion or feedback in a small group meeting.

HBR called upon two professionals who work in the spotlight to give insights about their own public speaking issues. What I found extremely interesting is that neither stage actor Mandy Gonzalez nor professional speaker Mark Bonchek has ever found a way to get rid of their fear.

However, they still offer some tips on how to keep it from getting in the way of delivering that perfect performance. The first two squash fear. The last three build confidence. Take a beat and focus on where your biggest public speaking issue lies: fear or confidence.

Tips on How to Overcome Your Fear

Know your material inside and out. Alleviate any fears about the foreign technology and/​or audio-​visual paraphernalia by getting used to it ahead of your public speaking presentation. Whether that's a day before or five minutes before, just do it. Oh hey, and practice. Der. You want to sound polished, not breezy. Plus, your friends or co-​workers can give you feedback and throw out questions you might get from the audience so then you can practice answering those too. Don't just wing it because you think you're good at winging it. Chances are — you're not.

"Mandy has a trick to help her be realistic about her fears: When she can’t sleep before a big performance, she draws three columns on a piece of paper," the authors write. "The first column has her fear. The second column has the worst thing that could happen if that fear came true. And the third column has the best thing that could happen if it came true. For example, her fear might be stumbling onstage. The worst thing would be that someone films it, posts it to YouTube, and it goes viral. But the best thing might be that it shows her fans everyone is human and makes mistakes, and more people discover her latest album."

Check out the HBR article for the last three public speaking confidence boosters!